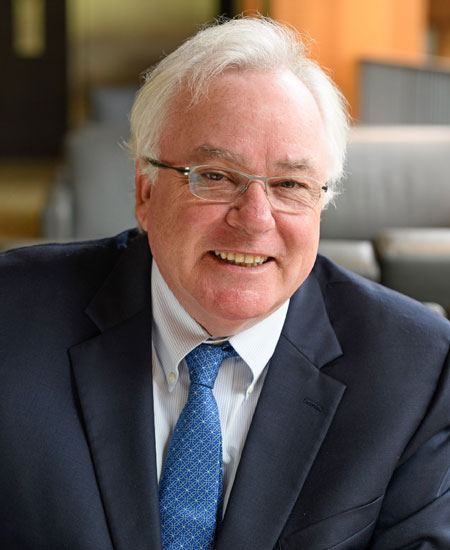 On July 1st, 2018, Simon J. Sheather became the 8th dean of the University of Kentucky’s Gatton College of Business and Economics. Sheather is a strong believer in the college’s mission to prepare principled leaders for the global economy, produce influential research, and support economic growth in Kentucky and beyond.

After taking office, Dean Sheather announced a real-time, online MBA option and a popular new minor in business analytics. Under Sheather’s leadership, the college has implemented new initiatives to leverage online technology, increase access, and encourage more international exposure for business students at Kentucky’s flagship university. The college expanded its programs for recent graduates and full-time working professionals, starting new programs including the MS in Supply Chain Management, the MS and graduate certificate in Strategic Human Resource Management and Analytics, the MS and graduate certificate in Marketing and the graduate certificate in Business Analytics. Also, the freshman class at the Gatton College has grown from to 650 in 2017 to more than 1,200 in 2022. In his first four years as Dean of the Gatton College, Professor Sheather has led philanthropic efforts that have raised more than $75M of new cash gifts and pledges.

In 2021, Sheather was named the Truist Chair in Data Analytics. This inaugural chair in the Department of Finance is part of a $2.5 million endowment established in 2019 by Truist Financial Corporation through its Truist Charitable Fund. In 2021, Sheather was named in the top 2% of researchers worldwide, in terms of the number of citations of his published work. According to Google Scholar, Professor Sheather’s publications have been cited more than 15,000 times.

A native of Australia, Sheather’s academic career includes professorships at the University of New South Wales and Texas A&M University as well as visiting professorships at Pennsylvania State University and the Stern School of Business at New York University. While at Texas A&M, he personally started two professional master’s programs, both of which make innovative use of technology. He is a fellow of the American Statistical Association and has received five awards for excellence in teaching and two awards for excellence in research. Additionally, Sheather has extensive consulting experience working with industry and government in Australia, New Zealand, Hong Kong, UK, and the US developing practical predictive models for big data.

A Modern Approach to Regression