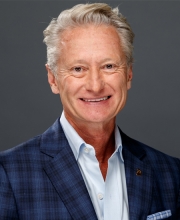 Terry Hemmings is the President and CEO, Provident Entertainment.

Terry became a CEO at age 27 and has primarily worked in the music industry. He serves as secretary and treasurer on the Recording Academy’s Board of Trustees. He sits on the Executive Committee, Membership Committee, and Planning/Governance Committee; and also serves as Chair of the Audit/Finance Committee. A Leadership Music alum, he serves on boards of the RIAA, Gospel Music Association, and The Gospel Music Trust Fund.

In his free time, Terry enjoys traveling, playing golf, adding to his wine collection, and cheering on the University of Kentucky basketball team.