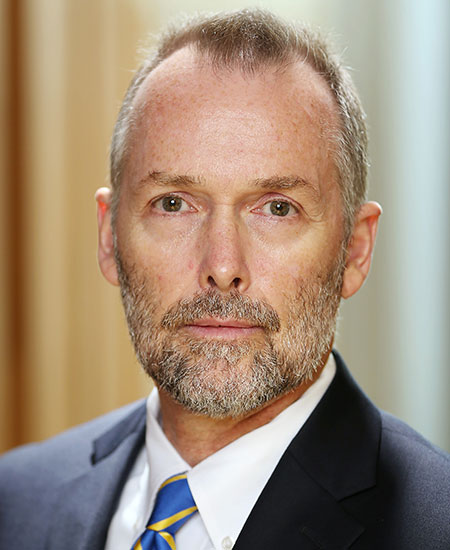 Michael Childress earned his B.A. from the University of Kentucky in 1984 and his M.A. from the University of California, Los Angeles, in 1986—both in political science. From 1988 to 1993, he was an analyst at the RAND Corporation in Santa Monica, California. While at RAND, he authored numerous studies on topics ranging from demographic trends in the third world to the implications of declining budgets for the U.S. Army.

In August 1993, he became the first executive director of the Kentucky Long-Term Policy Research Center. He oversaw the Center's numerous research activities and authored reports on the future of tobacco, entrepreneurism, child care, technology use, electronic commerce, state and local taxation, immigration, health, and transportation. He currently works with CBER, which "has a long history of conducting applied economic studies and is the leading source of information on the Kentucky economy."

He has worked with UK's Martin School of Public Policy and Administration to help inform policymakers about state and local public finance trends—producing a report on the topic, "Financing State and Local Government: Future Challenges and Opportunities" (2001), as well as a statewide conference.