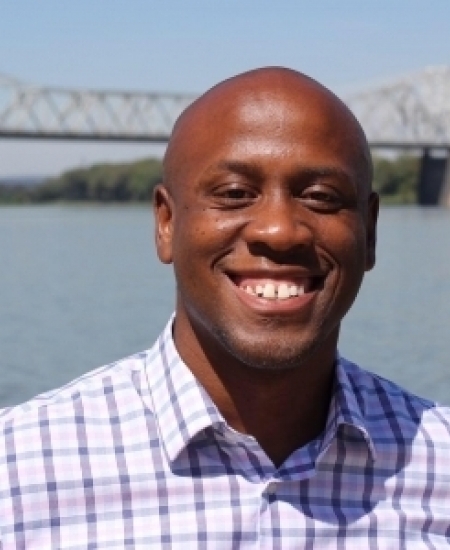 Earning my MBA at the University of Kentucky changed the trajectory of my earning potential and social impact.

Jonathan Beatty has embarked on a very successful corporate and entrepreneurship career since his graduation from the One Year MBA program at the Gatton College of Business and Economics in 2006. However, Jonathan’s journey began from very humble beginnings growing up.

Jonathan was born and raised in eastern Kentucky, in one of the poorest regions of the country. Although neither of Jonathan's parents had college degrees, they stressed the value of education and helping others in need. Jonathan’s persistence and motivation enabled him to graduate with his BBA and MBA from the University of Kentucky's Gatton College of Business and Economics.

He started his career at Procter & Gamble as a Senior Cost Analyst in which he owned and managed a $550M North America budget for the Always and Tampax brands. He later led business planning processes accounting for over 10 million cases, $320M in sales, and $223M in profit for brands such as Crest, Scope, and Fixodent. He also increased top-line sales 9 percent by implementing multi-industry benchmarking data, improving pricing brackets, increasing retailer margins, and restructuring retailer tiers for the brand Covergirl. After spending almost 7 years at Procter & Gamble, Jonathan then went to McKesson and Big Heart Pet Brands both as a Finance Manager.

“Earning my MBA at the University of Kentucky changed the trajectory of my earning potential and social impact,” Jonathan stated. “The ability to gain real-world experience in an intense team environment, prior to beginning my corporate career, was pivotal to my success at P&G, McKesson, and BHPB.”

Jonathan was then inspired to become an entrepreneur and eventually founded Servonta, the official brand of education. In the United States, more than 32 million children live in poverty. Most of these children do not have a single book at home, and the classrooms and programs they attend are woefully under-resourced. Servonta’s mission is to change that.

“With every product you purchase, Servonta will give a new book to a child in need,” says Jonathan. “Our brand is for people looking to make an impact in the world around them; for people looking to find a tangible way to close the achievement gap among low-income households; for educators; for students; for parents; for athletes; for YOU.”

In addition to building Servonta, Jonathan recently accepted the position of site controller with Amazon. He believes this opportunity will allow him to leverage his prior finance and entrepreneurial experience, while also expanding his community impact through Amazon’s community service platforms.

Jonathan's success journey is still being paved, however, his story truly epitomizes what motivation and persistence can ultimately do for one's personal and professional careers.