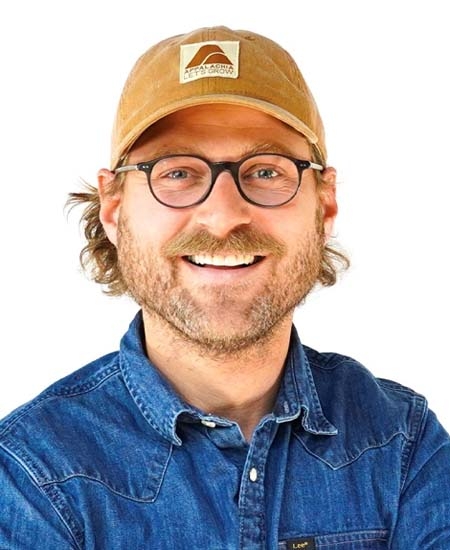 Kentucky native and University of Kentucky graduate Jonathan Webb is turning his dream of a high-tech farming hub in Appalachia into reality with AppHarvest. The applied technology company is developing and operating some of the world’s largest high-tech indoor farms. Designed to grow non-GMO, chemical pesticide-free produce, the indoor farms use up to 90 percent less water than open-field agriculture and only rainwater without agricultural runoff. The company’s first controlled-environment agriculture facility, which spans 60 acres, opened in 2020 in Morehead, Ky.

Why locate in Appalachia? Like many Kentuckians, Jonathan grew up knowing of the devastating job losses in the region. His grandmother was raised in Whitley County, where a coal mining accident killed his great-grandfather. Jonathan strives to work alongside the hard-working men and women of Eastern Kentucky and build a resilient economy for the future. By locating within Appalachia, the company is also less than a day’s drive to more than two-thirds of the U.S. population. That lowers transportation costs by 80%, allowing AppHarvest’s fresher produce to better compete against low-cost foreign imports.

Before founding AppHarvest, Jonathan worked with the U.S. Department of Defense on one of the largest solar projects in the Southeastern United States. The project aimed to help achieve a White House goal of ensuring the military’s hundreds of installations develop resilient on-site power generation and receive 20% of their electricity from renewable sources by 2025. While living in Washington D.C. developing these sustainable energy farms, Jonathan researched another type of farming — the Netherlands and its high-tech greenhouses that yield 30 times traditional agriculture and virtually eliminate the use of chemicals.

In February 2017, encouraged by investors including AOL Co-Founder Steve Case and politicians of both parties, Jonathan left Washington and came home to Kentucky, where he now works tirelessly to make the eastern part of the state the AgTech capital of America.