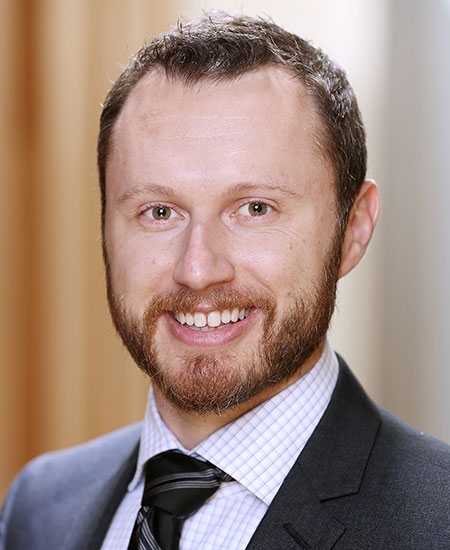 "While some 'deals' might be real, many are just slightly discounted prices dressed up to look better than they are."

Holiday shoppers are making their lists and checking them twice. But how do you know if you’re getting the best deal?

Adam Craig, an associate marketing professor in the Gatton College of Business and Economics at the University of Kentucky, uses brain imaging to understand the hidden drivers behind consumers’ financial decisions, especially when they are making decisions between buying something now versus in the future.

To help shoppers make the most of Black Friday and Cyber Monday, UKNow enlisted Craig's expertise. Find shopping strategies to help you save this holiday season in the Q&A below.

UKNOW: It's easy to get caught up in the holiday spirit and overspend. Do you have any tips for staying within budget?

Craig: Stick to your list! Writing out a list on paper may seem outdated in a world of apps, but it could help keep you committed to just those items. Another way that can help is to put away the credit card and instead use either a debit card or simply just cash. The “pain” associated with paying cash is much higher, so we’re less likely to spend more when each individual purchase involves handing cash over to someone else.

UKNow: Even if you have a set budget, it's difficult to pass up a "deal." What are some of the tactics retailers use that shoppers should be aware of?

UKNow: Especially on Black Friday and Cyber Monday, shoppers are under the impression they need to act fast to get the best deal. Are there benefits to sitting back and waiting — even during a "Flash Sale?"

Craig: I fall for this myself. If something you’ve had your eye on drops in price, sure, go for it. But be careful about adding other items to that shopping cart that you didn’t plan for. Unless you’ve been watching the price closely, it’s hard to be sure that “flash sale” is any different than a normal sale you’d see some other time.

UKNow: There are several deals that come with a catch — such as signing up for a card or downloading an app. Sounds simple enough, but is it worth it?

Craig: Although signing up for a card or downloading an app seems like an easy way to score a bigger discount, beware that each is carefully designed to make you spend more money down the road. With some kinds of loyalty cards, the retailer can send you customized ads that they know will get you to shop more. An app also helps the retailer learn about your other online shopping habits so that they can target you more effectively — even after the holiday season. In general, if they want you to do something, it is for their benefit. They’re just using some incentive to get you to do it.

UKNow: Black Friday and Cyber Monday have a way of making shoppers want items they didn't know they wanted. Do you have any advice on how to not fall victim to that "keeping up with the Jones" mentality?

Craig: When it comes to shopping and money, other people can be really bad for our happiness. It’s so easy to look at what someone else bought and be envious. However, when we see that other person with the latest tech or fashion, we rarely stop to think about either the debt that was required to purchase it or the fact that now, the person may not be able to afford that vacation next summer. And just as we get accustomed to new things and lose interest, so do other people — a couple weeks from now, they’ll already be bored with that shiny new toy. So, keep in mind that they may be happy now, but might not be for long.

UKNow: Is there something to be said for doing your research and having a plan before Black Friday? If so, do you have any tips for those creating a plan.

Craig: Create your gift list. Go ahead and check the prices on everything. If the price is lower on Black Friday, great! If not, be patient and keep an eye out for sales by other retailers. Those who are patient can often find the better deals.

UKNow: All of this being said, can Black Friday and Cyber Monday still be an effective way to save on holiday shopping?

Craig: You might save a little money on one product, but if you save $50 dollars on a purchase and then go spend an additional $200, you’re not actually saving any money in the long run. Holiday shopping can be fun, but retailers are counting on shoppers’ emotions getting the best of them. Retailers plan the “deals” and “sales” very carefully to get us in a shopping mindset where it’s very difficult to stick to a plan.

Additionally, Craig has conducted research that shows if shoppers can be patient, they are ultimately happier. To avoid impulse buying, he suggests thinking ahead six months and how that version of you could potentially use that money. “Think about how much fun something in the future could be — that could make it easier to avoid temptations now.”